What does Europe think about the candidates ?

I've found an interesting statistic showing how Europe would feel if Clinton or Trump were elected.

It depends on the average response from Britain, Germany, France, Denmark, Sweden, Norway and Finland in percent. I think it's very interesting to see how much Trump is hated  in Europe and how high the percentage of people liking Clinton is.

I think many people are afraid of Trump because he has some racist tendencies, has said dubious things and seems to be very aggressive and kind of dangerous. What's terrifying to me is among other things this quote: "I don't want to rule out anything. I will be the last to use nuclear weapons. It's a horror to use nuclear weapons. ...I will be the last to use it, I will not be a happy trigger like some people might think. I will be the last, but I will never ever rule it out." or this John Dickerson: "The United States has not used nuclear weapons since 1945. When should it?"
Trump: "Well, it is an absolute last stance. And, you know, I use the word unpredictable. You want to be unpredictable."
However, the feelings about Clinton surprised me as I've mostly heard from people I know that they neither like Clinton nor Trump.

Do you know "Game of Thrones"? In my hometown in Germany people say it's as if you have to vote either for Joffrey Baratheon or for Ramsay Snow - so basically a worst case scenario.

Have a nice day!

You can find the matching statistic to my findings here:

Who is most likely to vote for Trump?

I know that this blog isn't supposed to be a political one but I'm really into this topic right now because it's all what Americans talk about. Yesterday I wondered which groups or types of people are most likely to vote for Trump because most people at my High School hate him and would definitively vote for Clinton. I did some research again and want to share my results with you.

The website people-press.org gives an informative overview of the different groups voting for Trump.
Most striking is that more men tend to vote for Trump than women and the other way round. Furthermore, there is a big contrast in races: 45% of white people support Trump (33% support Clinton), only 2% of black people (85% support Clinton) and only 26% of Hispanics (50% support Clinton).
However, in Pennsylvania there are only about 10% black people and 3,2% Hispanics ( 85,4% whites).

There are also some differences in age: the older the people, the higher the probability that they vote for Trump. There are only 27% of people between 18 and 29 voting for him but there are 47% of the people older than 65 who favour him. According to demographic statistics 15,6% of the population in Pennsylvania is 65 and older.

Another point is education ( well, some may deny it because they feel offended,but it's a fact).
For example, a person with just a high school graduation or less tends more to be a Trump voter ( 42% ) than a person who completed a postgraduate degree ( 21%).

Moreover the religious group plays are role; a white evengelian protestant is more likely to vote for the "red" side (63%) than an unaffiliated person (19%).

And of course it's important whether they are pro-Republican-Party or pro-Democratic-Party in general.

Here is the matching source to my findings: http://www.people-press.org/2016/08/18/1-voters-general-election-preferences/ (based on foundings from PEW RESEARCH CENTER )

Have a nice day!

recently I did some research on the internet about the upcoming elections since I was a little curious about the possible solution that's why I created my own prediction. I considered many different possible influences like sex, race, demography, rural/urban differences, history, etc. and finally came to the conclusion that the majority of the people in Pennsylvania are going to vote for Hillary Clinton and the Democratic Party.

My explanation is the following: In the second half of the 20th century Pennsylvania was a swing state, but since 1992 they tend to be a Democratic state with rather Democratic urban areas such like Philadelphia und rather Republic rural areas in the center of Pennsylvania. On the map I've showed you in my last entry, it is striking that there were more red coloured counties, but they count less compared to the others. One example: In 2008 McCain won 48 counties and Obama only 19 counties, but he won because he won the most populous counties ( Pennsylvania has 20 electoral votes).

The website Real Clear Politics has a graph which shows the daily tendencies who is the current favourite in Pennsylvania. According to this graph it is a close run with Clinton in the lead since March. It shows that Clinton and Trump have differences in the percentage going from +0.5% to + 9.4% for Clinton. The latest update is from October the 26th 2016 and says that Clinton is in the lead with a percentage difference of +4.3%.

I think Clinton is Pennsylvania's favourite candidate because she has a tolerant position to same sex relationships and to immigrants ( she wants to find a solution) whereas Trump preferably wants to deport all illegal immigrants back to their original country and he is strictly against gay and lesbian marriages, but is against discrimination against them.
Moreover, Clinton wants to protect the environment with renewable energies, Trump, however, thinks that climate change is a natural process and wants to ignore it more or less.
Another point it that Clinton wants education and tuition to be free for poor families, she wants to continue Obamacare and she wants a woman to decide about abortion on her own.
All these aspects make Clinton more interesting for families, especially poor ones, for more modern and liberal people, for foreigners, for handicapped persons, for woman and for homosexuals.

My trip to the rural areas

last week I did my first trip to some rural areas since relatives of my host family live there. I don't really remember the name of the town, but it was somewhere in the center of Pennsylvania and we spent a lot of time in the car. The drive was extremely boring and hard because the little baby cried all the time. It was like a never ending siren that killed your nerves.
However, the arrival was good! The family was as nice and friendly as my host family.
We had a great time and experienced a lot although we only spent 3 days there- we visited some beautiful places. I liked the lakes the most but the smaller cities were nice to see as well.

One interesting thing I noticed was that most of the people living in a rural area are very conservative and live a rather old-fashioned life. Many people I've met still think of the ideal of a family consisting of a working and moneymaking man, a woman who has to lead the household and to parent the children. Of course there are also some more modern families, but rather seldom. What's also striking was that rural people tend to be homophobic and less open minded than people in the urban Philly.
After some research on the Internet, I found out that rural areas tend to be more conservative in general.. It's like a big red "T" in the center of Pennsylvania showing which counties support the Republican Party (mostly rural counties) und blue coloured counties surrounding this big "T", which show the counties who support the Democratic Party ( mostly urban areas)

my name is Megan, I'm an 18-year-old girl from Germany doing an exchange year in Pennsylvania, more precisely in Philadelphia, where I visit the Central High School. I arrived 2 months ago and I feel pretty comfortable now. The start was hard, but my new family members and my school mates integrated me quickly and I already have a few friends. Most of the time I spend with my host sister, who is the same age as me. The family also has another child - a one-year-old baby.

I want you to participate in this adventure, that's why I started this blog. I hope you like and enjoy it!

Philadelphia, or we call it Philly, is an amazing city - there are many great places to visit. And did I already mention the "Philly Cheesesteaks"? - infinitely delicious !! The best place I've visited is the Philadelphia Museum of Arts - I love it !

I haven't seen much of the rural areas yet, but I'm looking forward to getting to know them.

Here are some first impressions:

Have a great day 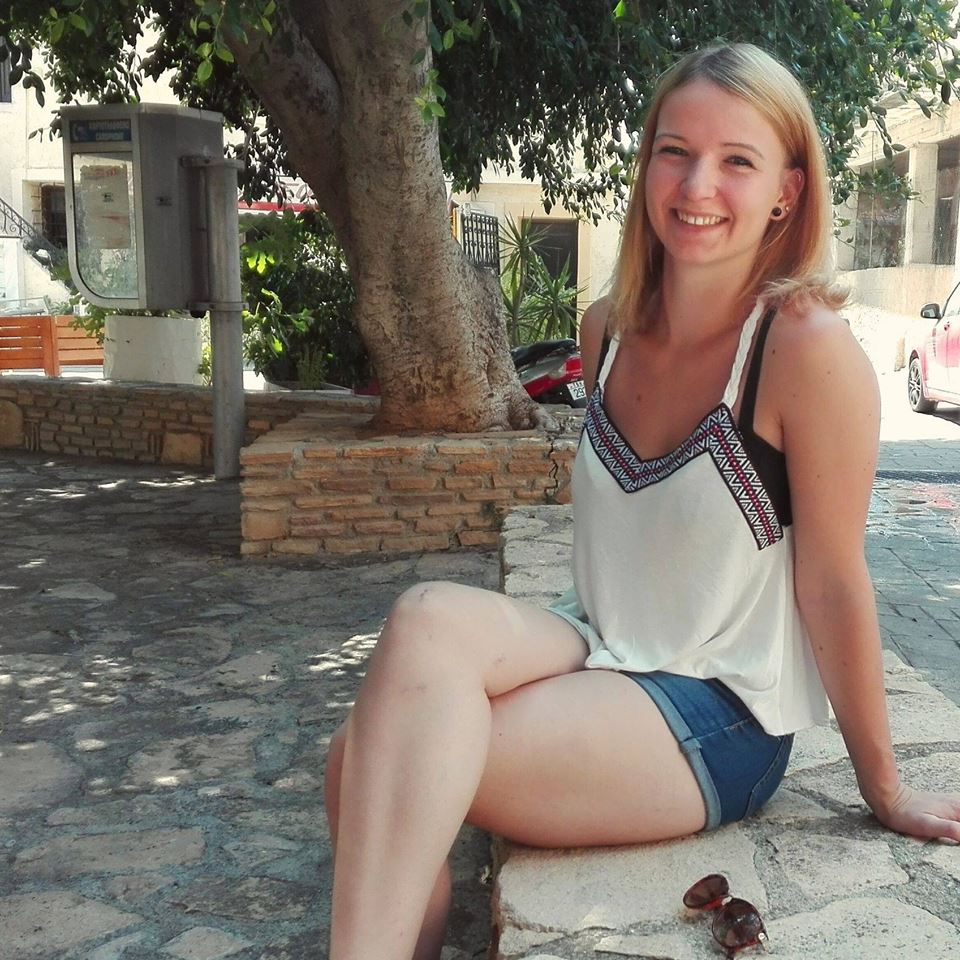 Welcome to my blog! My name is Megan and I'm currently living in America as an exchange student. That's why I'm residing in Philadelphia for the next 6 months. My blog represents my experiences and gives you some impressions. I'm 18 years old, I love to travel and I'm very interested in politics. Have fun! 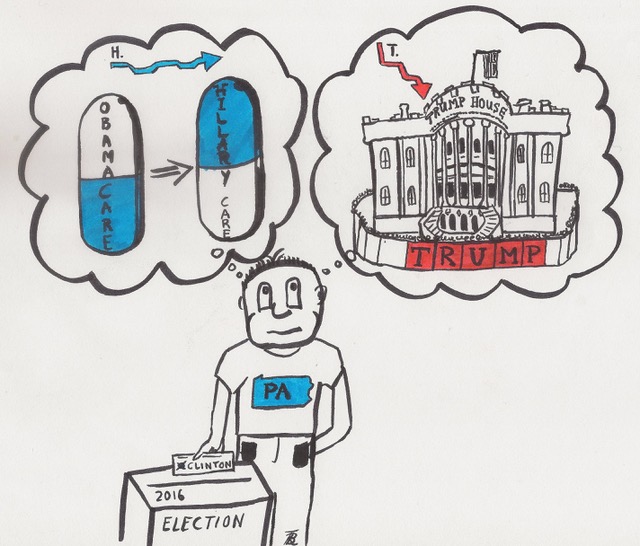 animation made by Atabey Ö. and Nicolas V.

Trump or Clinton, what do you think?